Sikkim or “Denzong” as it is traditionally known means “Valley of Rice”. Located in the eastern Himalaya, Sikkim lies sandwiched between the kingdoms of Nepal in the west and Bhutan in the east. On its northern border the Tibetan plateau towers and it shares its southern border with the state of West Bengal. Approximately 7096sq, the former Himalayan Kingdom of Sikkim was annexed to India in 1975 becoming the 22nd state and the 2nd smallest state in India.

The original inhabitants of Sikkim were the nature worshipping Lepchas of Indo Burmese origin. Even though the Lepchas had no written records, their rich heritage of colourful legends and imaginative myths have passed down in traditional talks which helped reconstruct their past. With the migration of the Tibetans in the 15th century, the Lepchas inter married with the Tibetans and the immigrants dominated the original population. Down history lane, the son of the Khampa king who first migrated to Sikkim married a local Lepcha girl and was coronated as the first Chogyal ( king ) of Sikkim at Yuksom ( west Sikkim) in 1642. The Tibetans and Lepchas lived together in harmony as blood brothers until the british encouragement of the influx of the Nepalese to consolidate their position in this Himalayan Kingdom. With the departure of the british in 1947, Sikkim became a protectorate of India until its annexation.

In this rugged topography of Sikkim where flat land is hard to come by, over 70% of the people’s economic sustenance is dominated by agriculture. The terrace farms lying in steps along the mountain sides are rich in crops like cardamom, ginger, fruits. The majestic Kanchenjunga ( 8603m), the 3rd highest mountain in the world dominates the landscape of Western Sikkim which is also famous as the 1st King of Sikkim was coronated here..

With elevations ranging from 224m to 8560m Sikkim has an incomparable range of variety in terrain and landscape. From its verdant low lying valleys to rich moss laden tropical and coniferous forests to high alpine country, Sikkim is home to an abundant variety of flora and fauna. Sikkim is famous for its orchids of which there are said to be some 600 species. Rhododendrons, blue poppy, primulae, gentians make this a botanists delight as they bloom in profusion during the seasons. The Himalayan bear, blue sheep, musk deer, colorful pheasants and a variety of birds (600 species) and butterflies abound the forests. Be it nature lovers who seek gentle walks or adventure enthusiasts wanting to reach greater heights, Sikkim has it all thus offering every visitor a rare and singular experience. 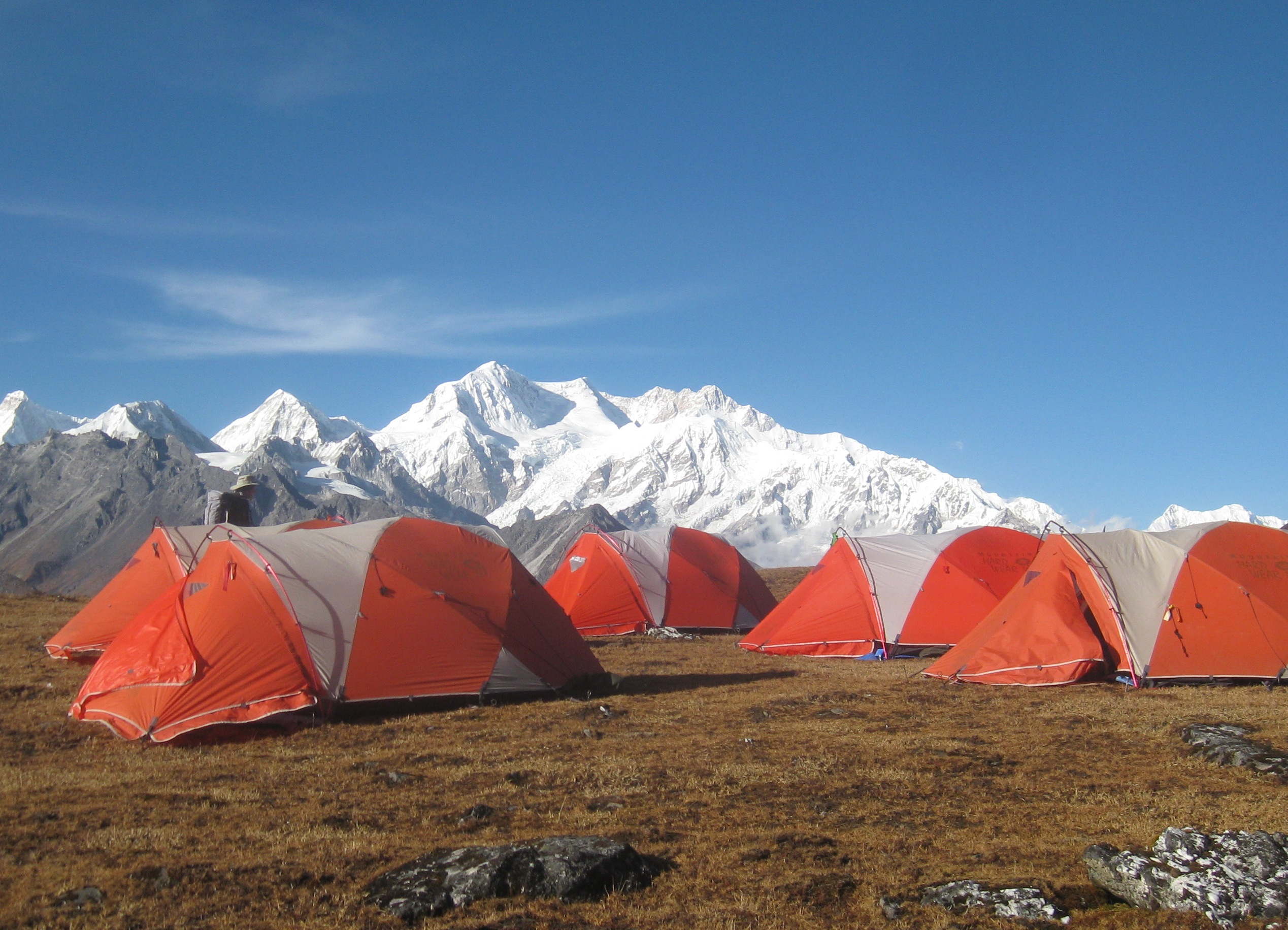 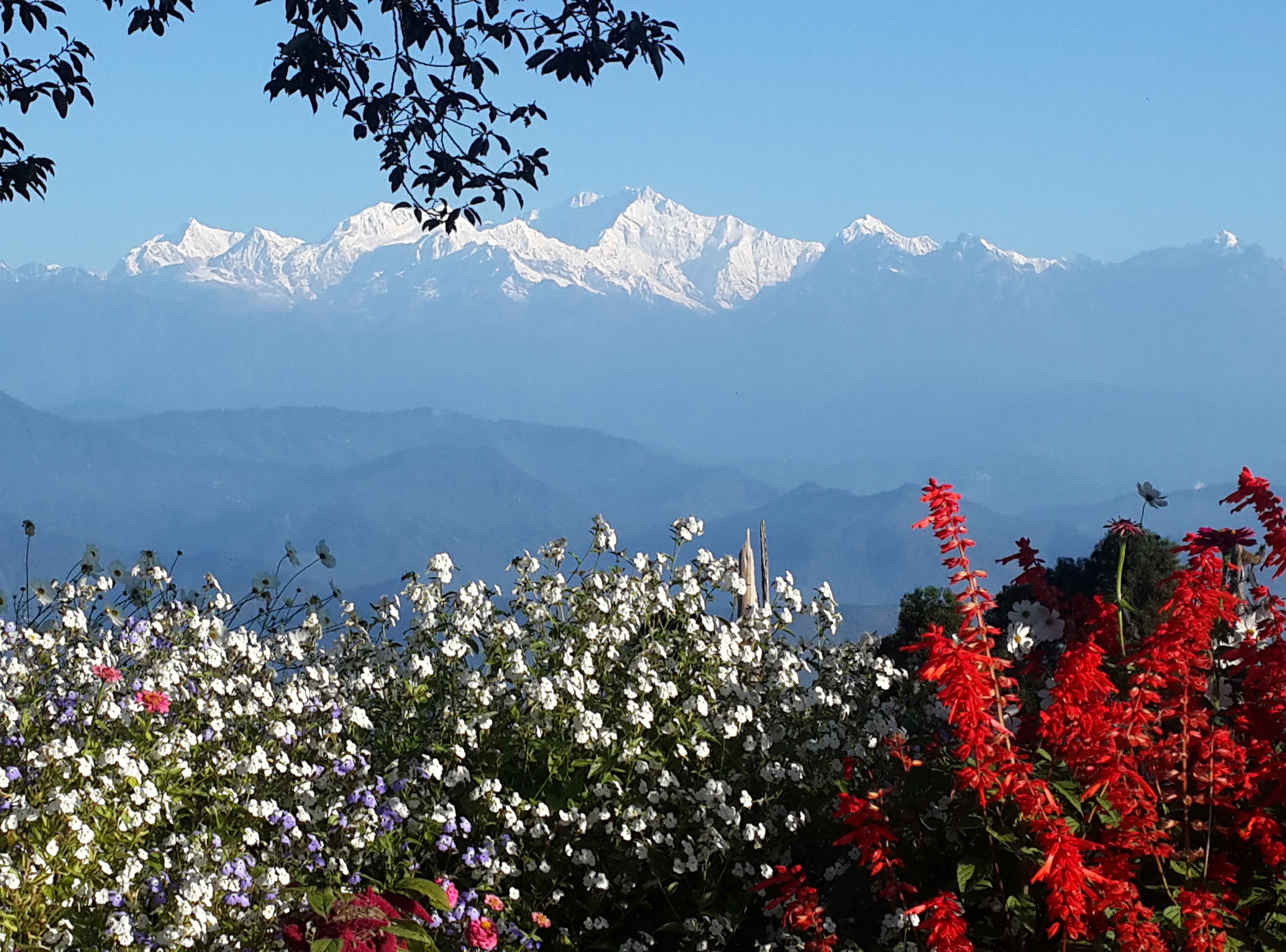 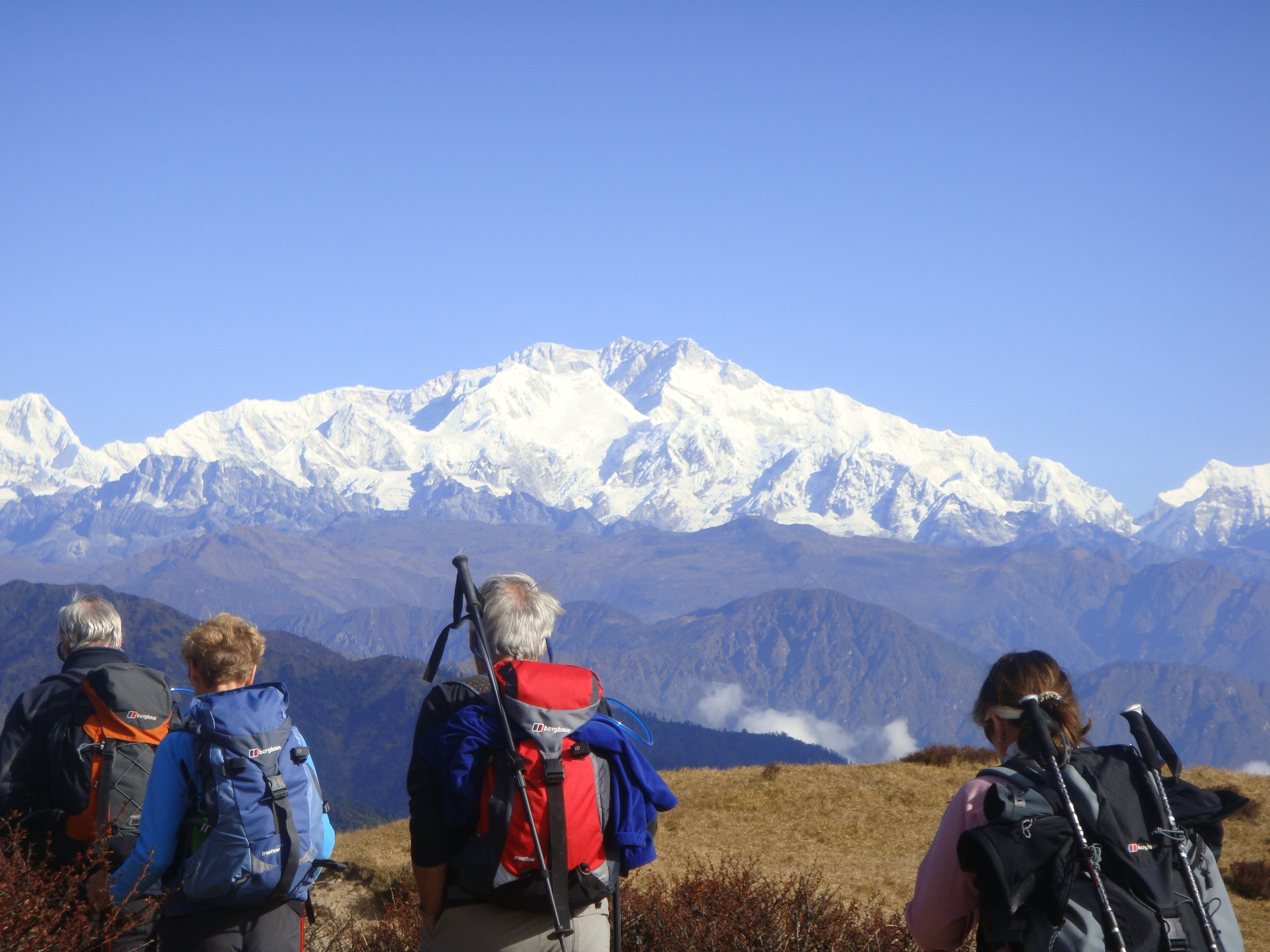 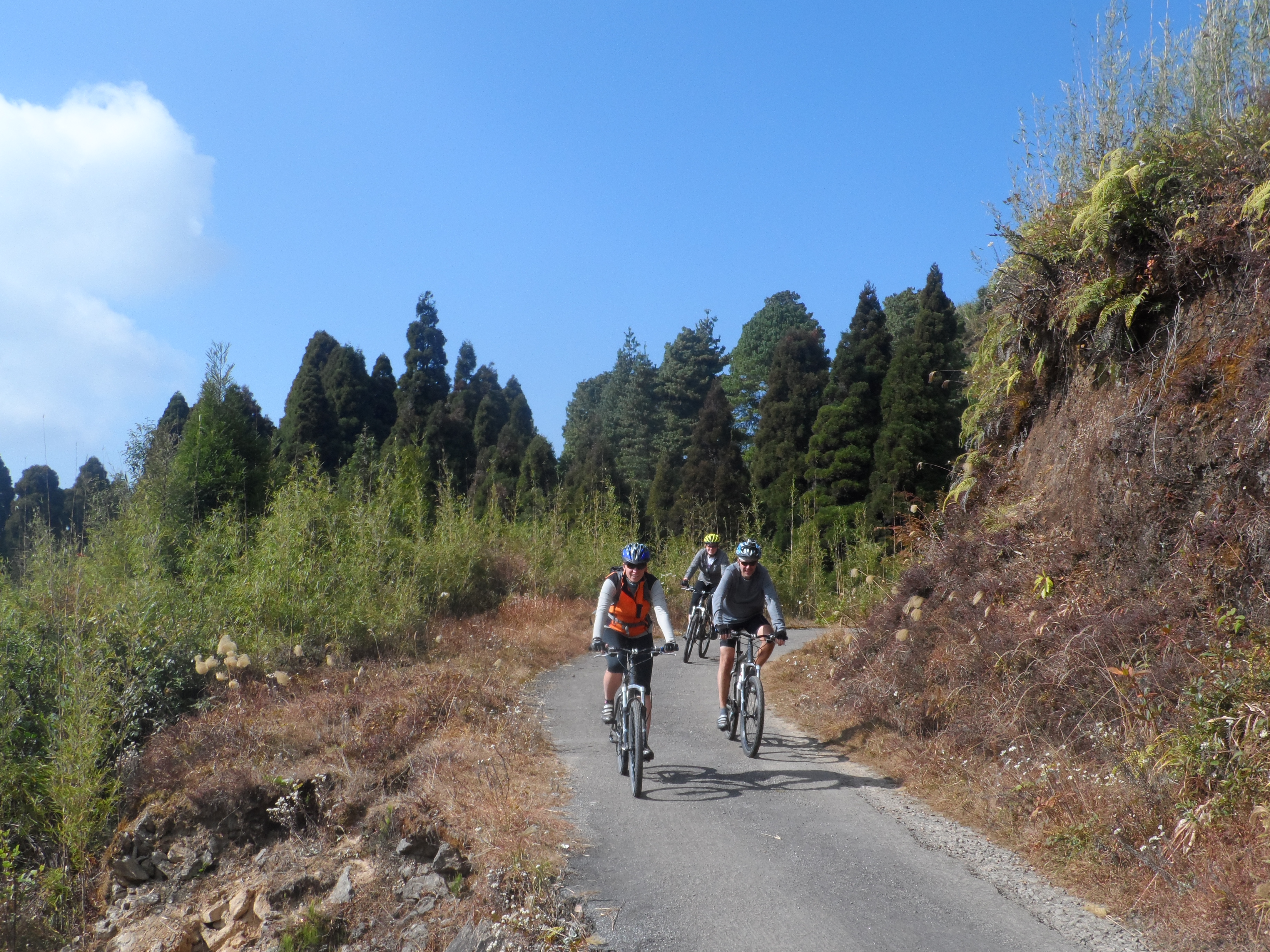 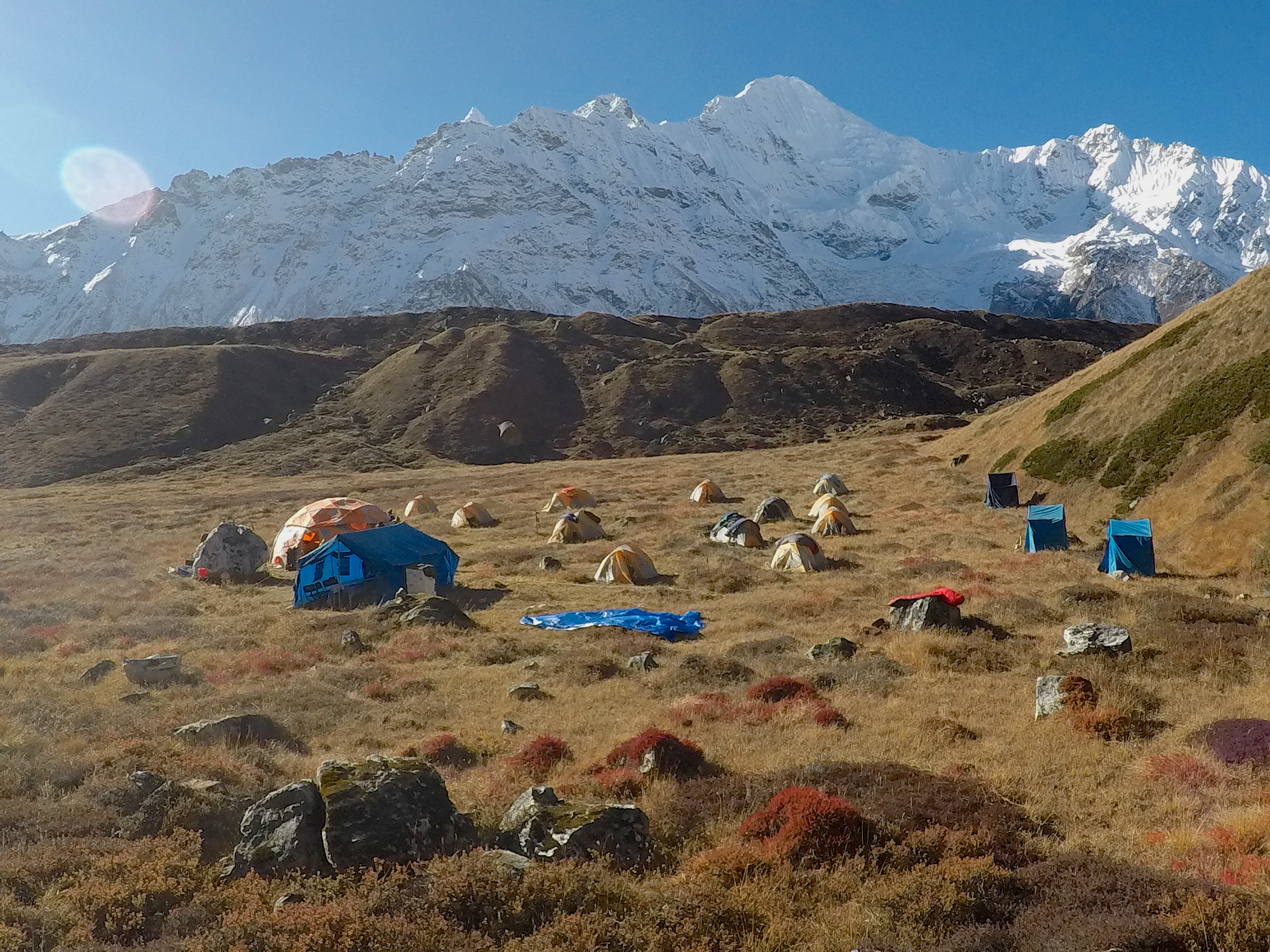 The Green Lake Area in northern Sikkim even though open to tourists, still require special restricted area permits to visit. The lake though has drained out into the adjacent Zemu glacier.  The absence of the lake is compensated with splendid views all around with Kanchenjunga towering above. The peaks of Simvo like just a short distance away. In late spring between mid May and June, the valleys of North Sikkim are filled with a variety of flowers like rhododendrons, blue poppies and primulaes.